With fourteen days left before the grand Eurovision final 2010 in Oslo on May the 28th, I finally found some time to listen to this years contestants.

As usual the standards are getting better and better every year. Especially the eastern European countries a getting are more traditional Eurovision sound and sounds less like folk-music.

After quickly listening to the 39 songs, I found nine songs particular interesting. These songs were able to convince me that they had some special qualities after listening to them for about 10-15seconds around 30 seconds into the song. This is for me a good measure of whether the song is able to catch the attention of people at the song contest.

I have posted my nine picks on my youtube page, they can be found here: http://www.youtube.com/view_play_list?p=7F4B9F41A8C94531
The particular reason for why i selected each individual song is given below.

This song have a very unique sound, unfortunately the violin was used pretty extensive last year by the winner Alexander Rybak, which may give some people a reason not to vote for Moldova. The song is a nice fusion between traditional eurodance and the eurovision sound. It might not be a winner song, but Sunstroke project definitely deserve credit for trying something new. They also attended the local Moldavian song contest last year, but didn’t make the final cut.

Niamh Kavanagh – It’s For You (Ireland):
A typical Irish Eurovision song, dull and is probably not gonna get many points. But it’s extremely well-executed and stunningly beautiful. It sounds a bit like an Enya song with flutes and is a perfect fit for large green Irish fields. It actually gave me goose bumps when I heard it the first time, I guess that can’t be that bad 😉

The traditional three:
Hera Björk – Je Ne Sais Quoi (Iceland)
Juliana Pasha – It’s All About You (Albania)
Chanée & N’Evergreen – In A Moment Like This (Denmark)
Iceland, Albania and Denmark have all decided to make some very traditional Eurovision songs. These songs are exactly what so many people hate about the contest, in spite of that the songs actually are quite okay. Personally I wouldn’t want to see any of them winning, because I like to the contest develop every year, but it wouldn’t be a Eurovision without this kind of songs.

Paula Seling & Ovi – Playing With Fire
This song is close to a catastrophe, if it wasn’t for its chorus which I believe to be one of the best this year. It is too bad that they didn’t make the rest of the song more structured, then this would actually have had a decent chance of a great position. The video on the other hand, is laughable it looks like something from the nineties, lucky for Romania that most voters haven’t seen the video. 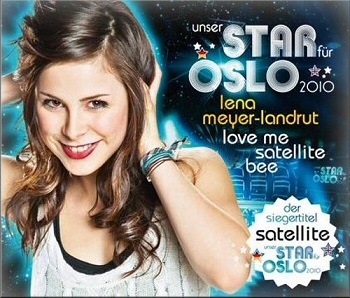 InCultos song is a little twisted and is never going to win, but it screams happiness and fun, and thus deserves some attention.
Lena and her Satellite sounds a bit like Katie Melua or Emiliana Torrini and is believed by many to be one of the favorites. Personally i doubt it is gonna win, but song is one of the best attempts from Germany for many many years. Malcolm Lincoln sounds like a superstar from the sixties, and his song is really something extraordinary, that deserves to be in the top 5. This song has potential to be a chart hit in e.g. United Kingdom, which is quite rare for a Eurovision song not produced in United Kingdom.